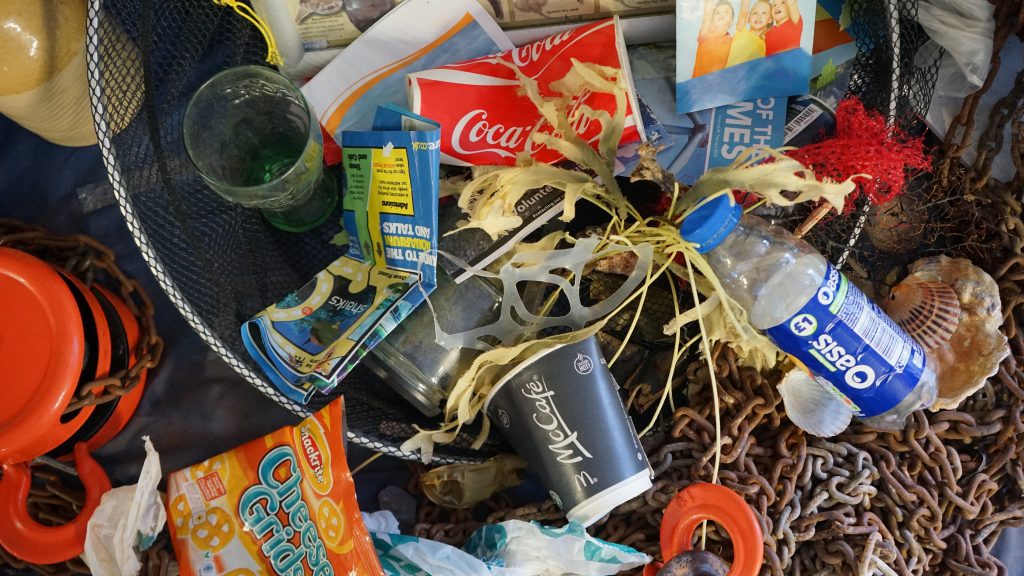 According to the US EPA, Americans create 292.4 million tons of waste a year. That’s around 4.9 pounds of waste per person per day. About 94 million tons of that total is recycled or composted, which means that the majority of our waste goes to the landfill.

A study released by Keep America Beautiful in 2020 estimates there were nearly 50 BILLION pieces of litter along the nation’s roads and waterways at the time that the study was conducted. If you do the math, that comes out to 152 pieces of trash for every person in the United States. And yet 90% of residents believe that litter is a problem in their state.

Let’s take a closer look at the trash that becomes litter and how it comes to line our roads and rivers. 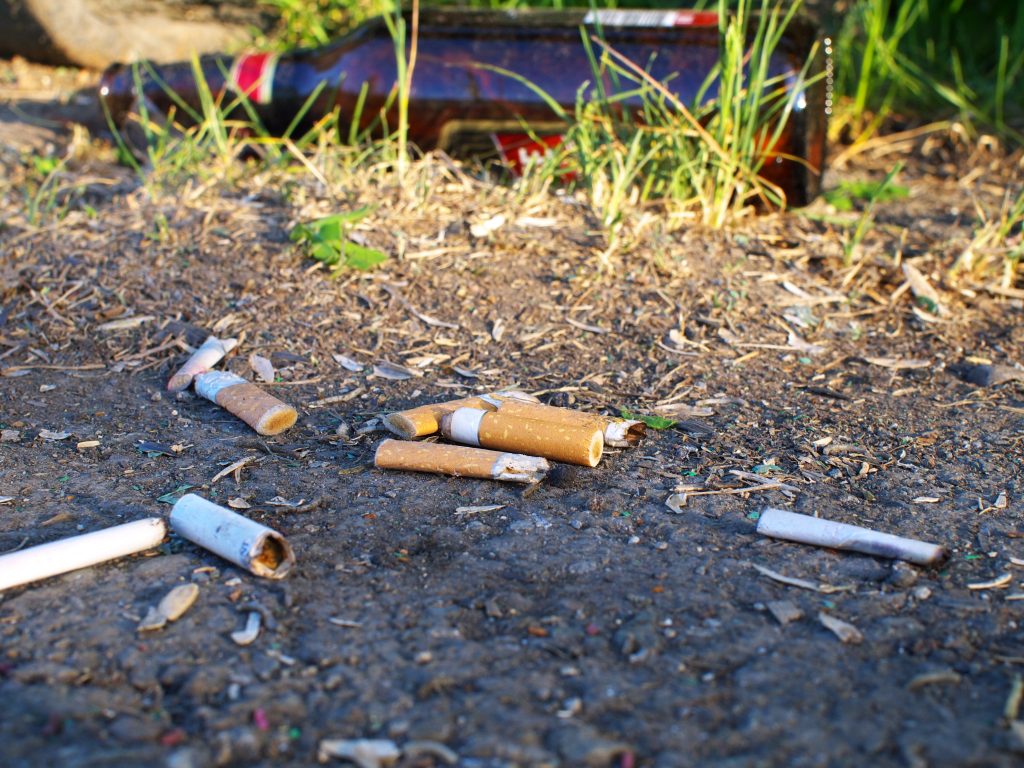 Commonly Littered Items
Single-use plastics are some of the most commonly littered items. This includes things like plastic bottles, plastic grocery bags, takeout containers, straws, etc. In fact, over 800 million pieces of fast-food cups and another 423 million other fast-food packages were identified in the Keep America Beautiful study. Plastic bags? That’s another 350 million.

Cigarette butts are also at the top on the litter list (gross!). While their count has decreased from 18.6 billion in 2009 to 5.7 billion in 2020, that’s still nearly 6 BILLION butts left on the road and washed into our waterways.

There has also been an increase in electronic cigarettes, food packaging film, alcoholic beverage containers, and PPE gloves and masks (due to the COVID-19 pandemic) in the last decade.

Impacts on Water
You might not think that litter thrown on land would have much of an impact on water, but it does, and it is a problem both locally and globally.

Litter, especially plastics, is one of the most serious threats our waterways, particularly because of the role that waterways play in the wider ecosystem, which includes human and wildlife health. It is not just an eyesore floating on the surface but impacts habitat quality and biological and chemical integrity where it’s suspended in the water column and resting at the bottom of water bodies. More on this below.

Keep America Beautiful found in a recent study that there are an estimated 26 billion pieces of litter along the banks of the nearly 11 million miles of U.S. waterways. The National Resource Defense Council states that, “Around 80% of marine litter actually originates on land – either swept in from the coastline or carried to rivers from the streets during heavy rain via storm drains and sewer overflows.” The large plastic drink cup you saw someone throw out their window the other day could now be in the Mississippi River and on its way to the Gulf of Mexico.

Household Statistics
Simply put, Americans are heavy consumers and disposers, producing more waste than any other country in the world. As noted above, Americans generate 4.9 pounds of waste per person per day, according to the EPA. The global average for trash production per person is 1.6 pounds per day. Americans generate 3 times more than the global average – that’s a huge difference, and many of the items we throw out on a daily basis are items that could be composted or recycled. In fact, the top three items headed to landfills are food, plastic, and paper. 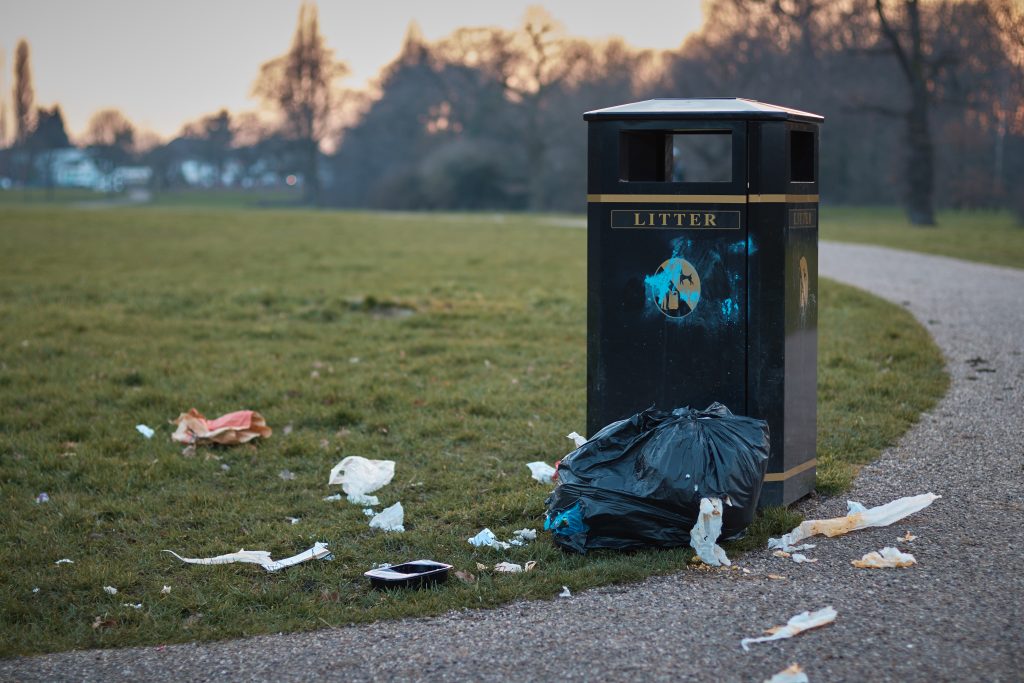 Litter is really just mismanaged trash, whether that be on purpose or by accident. Either way, littering is destructive. Some of the common effects to the environment include habitat alteration, biological impacts on wildlife, and chemical impacts on water.

Habitat Alteration
Habitat alteration is exactly what it sounds like – the place where wildlife, aquatic or otherwise, live is changed. Trash collects on beaches or sinks to the bottom of a body of water and can reduce levels of light in the water or decrease the amount of oxygen in the water. These changes impact water quality and habitats are destroyed, often killing the species that depend on these habitats.

Biological Impact
There is a significant amount of evidence that confirms the dangers posed by plastic debris in rivers and waterbodies on wildlife that live in these environments. Not only can wildlife become entangled in plastic, they often ingest plastics that cause blockages and buildups in their digestive system. Plastic bags, for example, look like one of sea turtles’ favorite foods – jellyfish. There are also toxic threats from the contaminants that attach themselves to plastic.

Chemical Impacts (PBTs)
Plastics have some unusual properties that make them more dangerous than their unsightliness floating down a river might suggest. Many plastics have the ability to absorb chemical compounds and accumulate those compounds at levels thousands to millions of times greater than what can be found in their surrounding settings. Plastics with this ability are known as PBTs. PBT stands for Persistent, Bioaccumulative, and Toxic. Because of plastic’s ability to absorb chemicals, it becomes a vehicle for moving contaminants around the world and potentially into the food chain. As plastics break down into smaller and smaller particles, many birds, fish, and other aquatic organisms unknowingly consume these particles. And as fish consume smaller aquatic organisms, PBTs build up in their tissues and become a potential concern for those that consume seafood.

According to the EPA , plastic marine debris harms an estimated 267 species globally. This includes 86% of sea turtles, 44% of seabirds, and 43% of marine mammals. 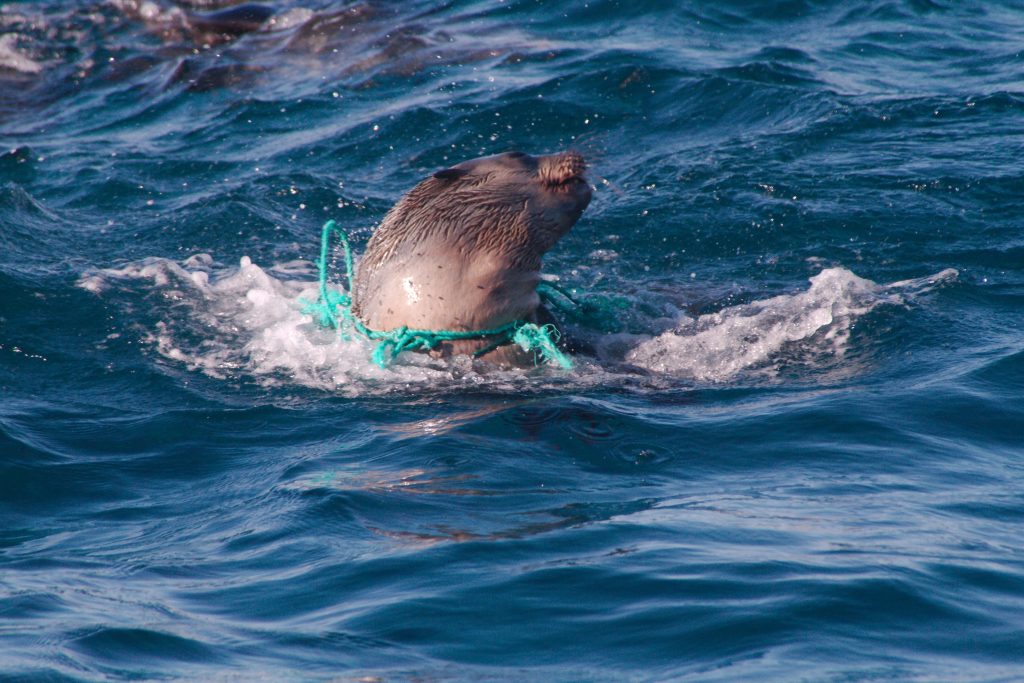 The Journey of Trash

Microplastics - What are they?

You’ve heard of plastics, but what are microplastics? Microplastics are tiny pieces of plastic, less than 5mm long, that can come from a variety of sources. They can be manufactured that way, as microbeads used in health and beauty products. Or they can be the result of larger plastics that have broken down over the years. While more and more is being learned about them, what is known is that they aren’t good. Read more about microplastics in this article from the National Oceanic and Atmospheric Administration (NOAA).